Patch visits ....April into May

The end of April will always be remembered for the day I finally got Common cranes on the Patch list-no.119 species!  But not just 1 but 9 went over east , I quickly put news out on Twitter and was nice to see Steve picked them up near brundell /Buckenham area not long after. A super tick and something I waited 7 years to see so I enjoyed this one !
Wildfowl numbers steadily dropped and although 24x Tufted ducks were seen on the 9th May it was down to a single pair the following week.Just 3 pairs of Gadwall were seen regularly on the Broad or at rest on the waters edge and Teal had gone altogether .

On 26th April a highlight was finding 2x Wheatears at Postwick Park &Ride.Stunning birds for sure and nice to find this far up into the Yare Valley . 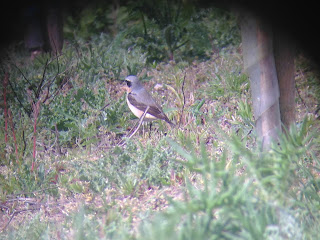 Back to the patch and on 28th ,2x Little Egrets (one on the deck!) double my best counts for this bird.I regularly seem to being getting one drop into the pools or fly off south but to have 2 was great. Noticeably the Grey Herons were now  more active and every visit throughout May I've had at least 2 and sometimes 3fishing in among the dykes or Broad edges

Grasshopper Warblers were now up 3 , with 2 on the East Marshes and 1 on the Griffen Fen. A joy to watch as it reels away ! A little video clip below from later in May below to watch as it turns its head left to right sending its song around the marsh!
https://youtu.be/tBo43uOuTVc

The month of May started off as April ended with a single Common Crane over east on the 2nd . On the same day My first Audible evidence of Water Rail young was recorded , I watched the tops of the Sedges move and listened as the Parent contact called to at least 2x Juveniles
On the Water I had a ﻿﻿﻿﻿ Single Green Sandpiper was seen among the regular 2-3 Common Sandpipers which enjoy feeding along the West  beach edge . But highlight that day and possibly for the summer is the Hatching of young on the Great Crested Grebe nest! First time I've actually seen young on the
broad in my 7-8 years of recording here on the patch , great to see as at least 2x young were seen climbing over parent and in the nest edges.  I made regular visits throughout May and saw the 2x Juveniles make it into the water ( on mothers back) and then quickly go down to just a single bird a few days later.

Staying with the subject of Fledglings on the 5th I was treated to something special ! I walked down bungalow lane and after watching Chaffinch and Collar dove young being fed I heard a Treecreeper . I quickly then heard some high calls of young.

I located a young Treecreeper that had clearly just fledge this day and soon watched 5x young Treecreepers all spread about the dyke edge gather together on the same tree .Love how they go about climbing up the trees and how they use there tail as a support. I watched as both parents spent time going back & forth feeding the young and often whizzing close ,right by me as they did.  I filmed a bit of it to share here -
https://youtu.be/Urc1r7mpR2s

The Patch had that Spring feeling with sedge , Blackcaps and willow warblers singing , fledglings being fed &  the sunshine on my face ,it was  magic!   I made my way to the Broad to see the single young Great crested grebe was doing well , still enjoying the piggy back from mum and the common Sandpipers were still present . Oystercatchers were busy getting angry as a second pair dropped in and the Stock Doves were bathing on the West beach.
On the 9th a Pair of Common Terns were fishing on the Broad and a couple of young linnets had fledged from the nest on the West of the reserve . Long Tailed Tit family's would be ever present over next week or two as they constantly contact called to one another as they went about feeding .
On the 12th I witnessed a Pair of Jays ( not often seen regularly here on the broads edge)  work there way around the South of the Broad.   They were sitting up on Reeds and watching in checking for any Sedge /Reed warblers Eggs ! I've not seen this before but obviously they we're taking advantage of this hidden food source !  I watched them even go into the brambles /thorns to take a egg from my second pair of Linnets nest! Mixed feelings here as on one hand I admire them for there skills but on the other hand I love my Linnets !

Water Voles were seen on 4 occasions that week and one sighting I watched 2x water voles sitting on the edge and just ignore me as I stood quiet and still.  Very nice and a good sign I hope that these are doing well here. Staying away from birds of note I had a Munjac Deer was seen as well in May as too the more expected the Chinese Water Deer.
Also of note was 10 X Stock Doves bathing and drinking on the West Beach. These birds are close to the domestic feral/street pigeon and always remind me of my childhood years of me helping my dad looking after hes Racing Pigeons. I would regularly watch them fly around the house and walk across the Garden floor , with the Cock bird doing he's best to impress the Hen bird.
Lapwings were seen regularly in May but usually only single bird or sometimes 3/4 , Often dropping in and soon leaving
Cuckoos had been heard/seen  by local birders , including Justin and Mary who came to visit the Patch with friends on a club outting , she in fact had 2 and one in the trees  along railway so it was nice to finally got to hear my first for the year on the 15th May. That same day I had a pair of GT Spotted Woodpeckers feeding which was nice and a noticeable gathering on the Broad of 27x Herring Gulls .
Cettis Warbler  were as usual very vocal and at least 4 were always heard but 5 on 2 occasions too.
On the 19th I watched Wren nest and enjoyed seeing the parents constantly returning with food and feeding at the nest . That same day I watched a Fox walk up the patch only to spot me and disappear.  But it wasn't the last I would see of him as in the coming week I saw him in 2 more visits , always a pleasure !
The same day (19th) I watched as the second Linnet nest had young fledge . Thet were getting used to there wings with some brief , joyful flights over the Reed and Broad edge .Also my first  Common Whitethroat young to were noticable as they fed out along the Broad edge on the vegetation.  As you can see itd all happening here at the Patch with Breeding and new arrivals. Hope the rest of the month and into  june will carry on providing me these enjoyable moment!
Happy birding
Ricky
Posted by shaky at 23:29 No comments:

So ive been busy patching as usual but managed to sneak off for some some Twitching! On the 3rd May, local Yare valley birders Justin and Steve found a White Tailed Eagle at Buckenham Marshes, I was at home at the time and playing kids when I got the message so waited till after work the next day. I kept tabs on the Eagle through social media through out the day and by the time I got to Cantley around mid afternoon  it hadn't been seen since 1pm. I scanned the marshes and waited till around 3.30 with only a couple of Marsh harriers and a smart Kingfisher so i decided to go Buckenham. I met Jeremy in the car park and got gassing about the bird and its previous sightings as we walked up the track. We picked up 2x Yellow Wagtails and watched 2 x Common Snipe which displayed over the marsh. Then along with 2 other birders we were lucky enough to see the White Tailed Eagle   take off from the ground and instantly being mobbed by the local Crovids, geese and Lapwings! It was a a beast of a bird compared to corvids who got as close they could as they saw it off . After around 25minutes I left off with only my second White Tailed Eagle sighting (both in Norfolk) and my closest! 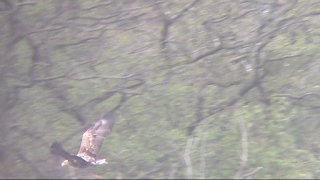 Now onto  the 8th May when I knocked off work a bit  early & nipped up to Walsey Hills NOA to see the Wood warbler which had been reported there.  After 20 minutes I had a couple of brief views before it disappeared for around 30 minutes. Surprisingly only 3 other birders were present and we tried to relocate it.  As I went to leave after an hour and 15 minutes and other then a nice pair of Bullfinches , it appeared again and this time in Gull view in the open.  A striking little bird with its clean white underparts against the  superb bright lemon/yellow upper parts of  it's throat ,with a striking Yellow/lemon  supercilium .....a smart bird indeed and Well worth the journey . This is a bird I've always wanted to get in the past but never been able to get time off to get it or it's never been close enough.  This was a lifer for my British list and no.279!
Will update with patch sightings soon.
Happy birding
Ricky ⚒
Posted by shaky at 21:00 No comments: